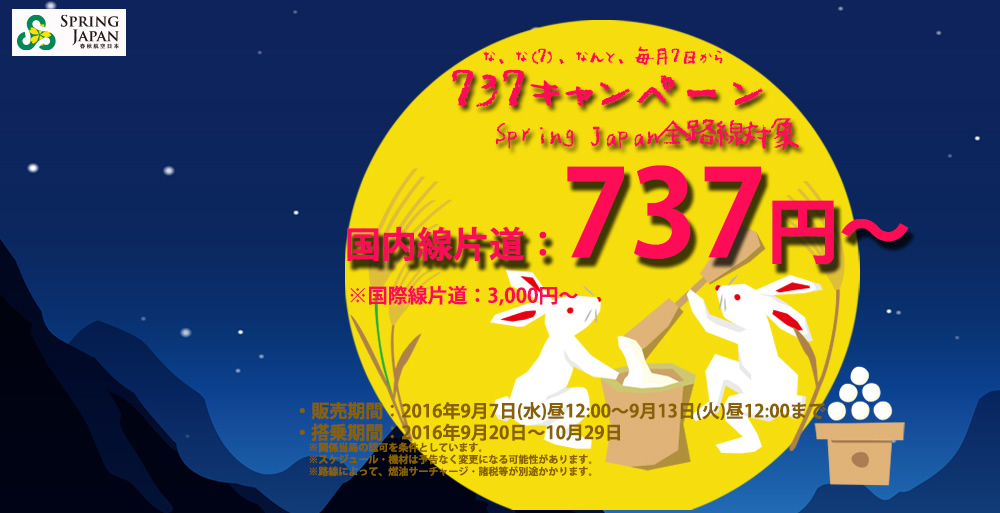 Spring Airlines Japan is having “737 campaigns” today after 12 on September 7.

It is ”737 campaign” that is had for 7 a month whenever Spring Airlines is annual.
The Narita ⇔ Kansai line going into service from September 28 applies.
The sale can be reserved only from the page for exclusive use of the campaign of the official site.