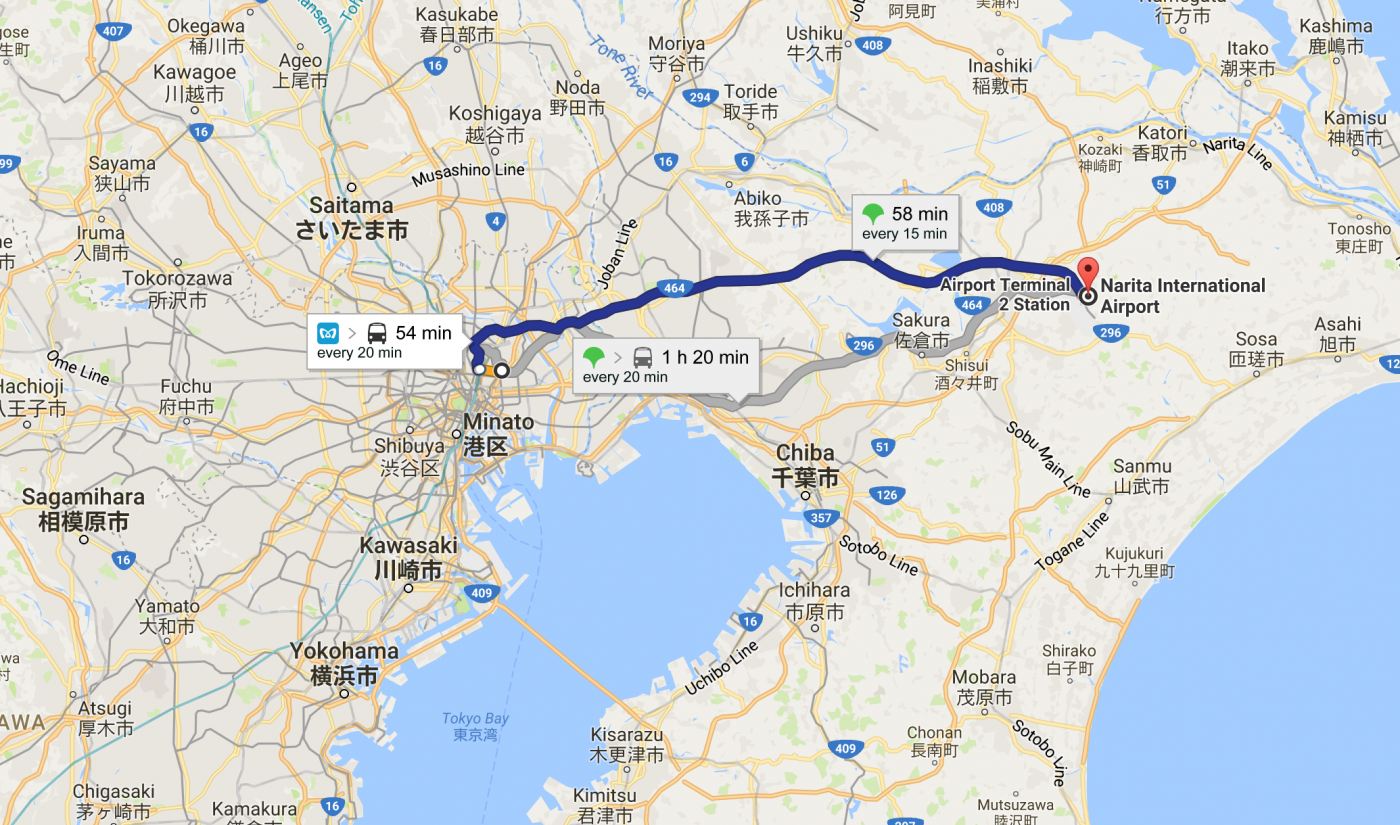 If you want to move even slightly comfortably,
there is the limited express train Skyliner.

In addition, there is a method changing more trains.
My recommendation is a way by the normal train. The through train has little number, but even transit does not change very much in the time required.
It is cheap above all 🙂